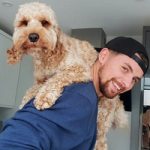 Are you thinking of starting a sporting brand and want to check out the competition? We’re happy to say that you are in the right place. Today’s article is a curated list of the best eCommerce sites on the internet.

The sports websites featured in today’s guide have either found their place or are ready to take it within the sports industry. So, if you’re looking to compare a few brands up against each other, you’ll find everything that you need to know below:

Established in 2012, Doyoueven is a brand that encompasses the never-ending pursuit of physical fitness. This eCommerce site is a prime example of a simplistic web design at its finest. Sports websites such as this one utilise both great lifestyle and model photography to show off their products to the fullest extent.

As we’re sure many web designers and developers can appreciate, it can be easy to over-design a website, but sometimes, less is more. We’ve all heard the saying, but when it comes to web design, in particular, the philosophy behind this phrase couldn’t be more true. In many cases, the best eCommerce sites favour simplicity with large whitespace framing, beautiful imagery and simple typography overlaid.

Founded in 2013 by CEO - Michael Hughes at the age of 18, Pursue Fitness became one of the most renowned sports websites on the web that develop both clothing and accessory products for the gym, as well as for those that lead a sporty lifestyle in general.

Based in Manchester, UK, Pursue Fitness now ships to 150 countries Worldwide, which is what makes this business a great example of what can be achieved in a very short amount of time, for the brands that have their head in the game.

Most recently, Pursue Fitness has collaborated with the likes of Nate Diaz (the man that stopped Conor McGregor at UFC 196, on just eleven days notice) so, we’d say that’s a huge achievement for the company which surely has contributed towards putting them on the map.

GHOST at its simplest form is the world's first lifestyle sports nutrition brand and let’s face it, anything that’s first in the field with a swarm of businesses that follow in their footsteps is well-deserving of a place in our guide to the best eCommerce sites on the web.

Even though they’ve found success standing out from the crowd, in the grand scheme of things, GHOST is still a relatively new brand in the nutrition industry. However, they are a great example of excellent branding and they’ve done outstandingly well to build a community around it. We applaud you GHOST so congratulations for your success and for making it onto our humble yet highly researched list of the best sports websites around.

NOBULL is a footwear, apparel and accessory brand which has been curated for the individuals who train hard in life and do not believe in excuses. Their site emphasises that well known clean and simple aesthetic which we referred to earlier, but the brilliance here is that NOBULL lets their typography and imagery do the talking.

The suggestion is in the name of these guys. They’re not into distractions, illusions or dancing around the subject. The brand’s ethos is intensity at its very core, so why should they have a website that’s all colours and distractions? It just wouldn’t compliment their brand image at all. So, we salute you NOBULL because we believe that the details will speak for themselves too.

Did you know that Bulldog Gear is Europe's leading strength and conditioning equipment manufacturer? Oh yes, that’s right! Bulldog Gear supplies the typical garage gym owner and they can spec out an entire functional fitness gym too. Their product range is huge so there’s no doubt that there will be something there for every fitness junkie.

Last but not least, they also do a great job in making it easy for their customers to navigate their website with ease, so that has to be a key reason why they have made it into our guide of the best eCommerce sites.

As a brand, Season creates game-changing basketball goods. Their website is dynamic and far from complex. If you take a look at many sports websites across the internet and then surf this one, in particular, you’ll see how they make exceptionally great use of smooth interactive animations to make their brand memorable for digital users.

Next on our list of the best eCommerce sites is Protest. This brand is a design-led sportswear company, based in Holland, which was founded in 1993. After a thorough comb through, we can honestly say that there is not a single fault in this website, which is why it is one of our top 10 eCommerce sites on the internet to date. Head on over there to check it out and let us know what you think.

Reigning Champ is eCommerce simplicity at its best. If we remember correctly, their about page states the following:

- "Our process is guided by our principles: Respect the details. Master simplicity."

Ever since we stumbled across these words, they have become our design mantra and are at the core of everything we do here at Karmoon.

WIT Fitness was voted the “Best Gym in the World'' by Men’s Health UK. They have since expanded and now have an online store selling fitness apparel. They have also collaborated with CrossFit athletes such as; Sara Sigmundsdóttir and Katrín Tanja Davíðsdóttir and additionally the fittest woman on earth in 2015 and 2016.

Nilton has somehow captured the essence of snowboarding, the site is sleek, edgy and hipster. Everything you would expect from a snowboarding brand can be found within the realms of this effortlessly cool sports website.

Eleven is an independent football brand from New York City and just like the other sports websites on this list, Eleven goes back to basic's with a minimal and editorial feel. Again, this is a great website example of basics done beautifully.

Established over a decade ago from the needs of hardy British surfers, Finisterre designs functional and sustainable products for those that share a love of the sea. We couldn’t help but cheekily slip in one of our designs into this article. So, if it takes your eye, you can learn more about this project on our work page.

KITH is the epitome of a hype brand. Clean and simple with striking model shots. Established in 2011, KITH operates on two planes - a multifunctional lifestyle brand for both men and women, and a progressive retail establishment.

The below stores are probably the most notable and some of the most well-known sports apparel eCommerce stores out there. This is why they needed to be included in our list of the best eCommerce sites, as they are widely known because they do everything so well. Never take these sites for granted; as they are market leaders and trendsetters.

Gymshark has got to be one of the biggest if not the biggest stores on Shopify and they were awarded the UK's fastest-growing company by the Fastrack 100 in the Times newspaper. Ben Francis, Gymshark owner & CEO, started the company as a teenager and heavily utilised fitness influencers - if you have time watch his journey here. They have an incredible site, so check it out.

Gymshark has got to be without a doubt one of the biggest (if not the biggest store) on Shopify. Did you know that they were listed as the UK's fastest-growing company by the Fastrack 100 in the Times newspaper? Ben Francis (Gymshark’s owner & CEO), began the company when he was just a teenager.

The key to his success was the correct utilisation of an influencer marketing strategy.

If you have some time and want to learn more about Ben’s success, watch this video about how he started the UK’s fastest-growing company.

Under Armour is another huge fitness leader and is a great example of good example ecommerce done right.

Adidas needs no introduction, however, one unique thing they often do is create micro-site/lookbooks for new collection launches. They are often more of an experience or a story than a standard shopping journey. We truly believe that this is a brilliant way to launch a new collection and create some hype around it.

We have noticed a couple of common themes that are used between almost all of the websites listed above, which include; a simple layout with bold and clean typography and large amounts of whitespace that frame aspirational photography. All of these designs are consistent with their brand guidelines and maintain a simple and easy to use layout and user journey.

The designs listed within this article guide their customers to the desired destination, which is of course the checkout. It’s important to remember that throughout the journey, customers don’t just buy a product, they need to buy into the brand too.

In other words, they need to have the desire to belong and be part of the brand's community. It’s fair to say that the sports websites listed above have carried this off exceptionally well and we’re excited to see what they do next.

If you’re actively looking to work with a Shopify agency designer or developer to assist you with your business, we’d love to hear from you. Drop us an email to get started!